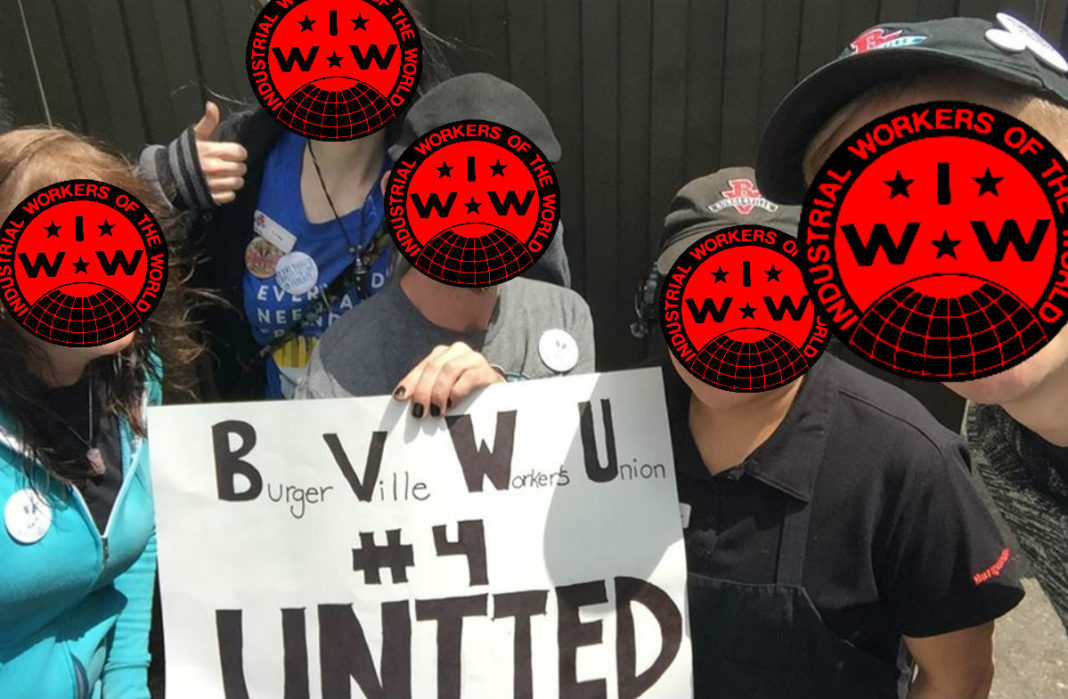 The following report comes from the Burgerville Workers Union, a part of the Industrial Workers of the World (IWW).

82nd and Glisan has joined the union! On May 18th, workers at Burgerville #4 announced to management that they were officially signing up with the BVWU, naming unjust firings, inconsistent scheduling, and low wages as some key concerns.

“Many of us can hardly make rent and other necessities, even while working full time. We have erratic schedules which makes it hard for us to take care of our kids, travel to and from work, and go to school,” workers said in their official announcement today. “We deserve better.”

With two successful union elections in the bag, the BVWU’s wins just keep coming! Welcome to the union, 82nd and Glisan. Much love and solidarity.